June 20, 2017
All my life, I've been a planner.  A list-maker.  Someone who feels it absolutely necessary to prepare for every little detail and/or potential mishap.  Despite how badly I want to have a free-spirited soul, I'm Type A, through and through.

Because of this personality trait, I could have never imagined that I wouldn't want to be as prepared as absolutely possible for the BIGGEST event in my life:  having a baby.  However, after the "OMG we're going to be parents" shock wore off and Michael and I spoke about the pregnancy, we agreed on one thing right away:  we didn't want to have the sex of the baby revealed to us ahead of time. (But I reserved the right to change my mind at any poing, just in case...)

Here we are, almost into Week 30, and not knowing has been so easy.   One of the most fun things about NOT learning the sex of our baby is that it drives everyone absolutely crazy!  It's also been fun to hear everyone's opinions on Boy vs. Girl (and generally, others' opinions during pregnancy are NOT so fun...).  While I have absolutely no preference as to Boy vs. Girl, as we get closer to the big due date I have started thinking more and more about what I do "want" for Baby C...

Naturally,  health is the most important thing.  When I used to hear parents-to-be say "We just want it healthy!" inner-me would roll my eyes and scream "cliche!"  I mean, that's an obvious answer, right?  Well... inner-me feels bad for all of those eye rolls.  I get it now.  It isn't cliche.  It is EVERYTHING.  Even being a worrier and a planner, I could never have imagined all of the crazy things that could go "wrong" during a pregnancy.  I never imagined the number of little things that could happen that could cause birth defects, loss of pregnancy, etc.  It's overwhelming,  Once again, as an act so very out-of-character for me, Michael and I decided not to get the Multiple Marker testing done at week 12.  We didn't want to know the sex, and we didn't see the point in paying out-of-pocket for the test.  Without it ever being discussed, we both knew that it wouldn't matter what the tests showed.   No "potential indication of a problem" was going to change the fact that we were going to have this baby. We believe there is no "going wrong" with this pregnancy.  Whatever was going to happen or not happen is God's plan for us, so we pur our Faith in that and forged ahead without testing.  I've been as "by the book" as I have been able to be, and Health is the most important thing we want and pray for, daily.

After that, everything else (especially the sex) seems trivial - but it's still been fun to think about!   It's also been a true testiment to how absolutely crazy I am about its father, because with every trait I can think of, I pray it takes after Michael.

If I get my way, I really won't give this Baby much of "me," and that's OK.  I feel like I'm giving it the best gift I can in Michael as its father, and that is the very best thing of all.

Popular posts from this blog 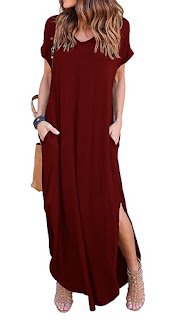 This past week: I went hard into wedding planning mode (seeing as how we only have about 4 weeks left, it's about time I did...).  We shopped, we worked on details, and I have managed to cross most of my tasks off of my to-do list.  Still working on our playlists, so if you have any suggestions for must-play songs, throw them my way! I also enjoyed Michael being home a lot this past week.  His work-load was pretty light, and it was so great for he and Scarlett to have some extra time together.  Celebrating the Fourth mid-week made for a fun change of pace! I bought this dress from Amazon in a couple of shades, and after wearing it this week, I want to go back and order every color available. It is so comfortable and effortless, but doesn't forfeit style.  (Note:  Sizing isn't too off, but in order for the dress to hang as it does in the photo I would consider sizing up.)  I have a feeling I will be living in mine for the remainder of the summer... It seemed li
Read more

In the thick of it.

September 28, 2017
Postpartum.  What a tricky, tricky time. I am in the thick of it. My daughter is four weeks old.   In just a few days I'll be taking her "1 month" photo, and the thought of it is mind-blowing, heartbreaking and victorious, all at once.   I've kept this tiny human alive for an entire month- if that's not worth a victory lap, I don't know what is. Being an "older" mom, most of my friends have already done this crazy kid thing.  I have had some amazing advice from so many of my mom friends that has truly helped me, but even with all of the advice I don't think I was really prepared for this whole postpartum thing.  I don't think anyone truly can be, and I don't think this is a reality that hits until, like me, you are in the thick of it. Nothing could have prepared me for the moment she and I locked eyes.  From the moment they laid my daughter on my chest, my world changed.  I knew I loved her more than anything, but that "heart
Read more

Are you a pod(cast) person? 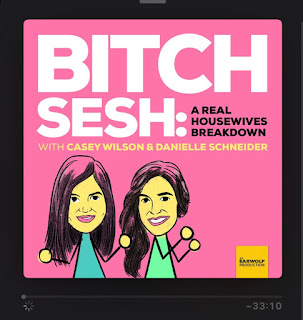 I have to admit, I am usually one of the lasts to accept new technological norms.               When iPods became a thing, I clutched onto my beloved CD collection with all that I had.     When Netflix stopped shipping DVD's and became a streaming-only service, I canceled my account. I JUST bought a firestick for our living room TV when quarantine began. Maybe "technology" isn't the problem, but more that I haven't been quick to accept new ways in which to receive entertainment.  (Weird sentence?)  Same goes for podcasts. "I like talk radio.  Why do I need a podcast?  I'd rather just listen to music... " Until I was introduced to a few podcasts, that is.   Now, they are almost all I listen to when given the chance.  When I'm cooking or cleaning in the kitchen and my family is in the other room...podcast.  When I'm driving.... podcast.  When I'm working my side gig (#teacherlife)... podcast.  When I'm SHOWERING....
Read more